There's no surprise in learning that our immune systems weaken as we age. In fact, one third of all deaths in older adults are due to infectious diseases.

The good news is, there's a lot you can do to avoid getting an infection, no matter your age.

More than 60% of people over the age of 65 are admitted to the hospital because of pneumonia. A full 90% of deaths resulting from pneumonia occur in older adults, making it an especially common and dangerous infection. Seniors are at higher risk of developing pneumonia due to decreased lung capacity, vascular flexibility and cough reflex and declining ability to expel mucous from the body. Moreover, seniors tend to be exposed to the bacteria in communal settings like assisted living communities, hospitals and nursing homes.

Pneumonia is not always easy to identify in the elderly, as common symptoms like fever and coughing do not necessarily present themselves early on. According to the Mayo Clinic, here are some of the symptoms you should be looking for:

Urinary tract infections (UTI) are the most common bacterial infections in older adults. Both older men and women are more apt to get a UTI than younger people, however women are more susceptible than men. The most common cause is bacteria from the rectum infecting the urethra. However, the pooling of urine in the bladder caused by an enlarged prostate in men or a bladder that has descended in a woman can also be a breeding ground for bacteria causing UTI's.

While UTI's mostly present themselves through a burning sensation when peeing, sometimes the symptoms can be silent, which is when UTI's can go undiagnosed and cause serious complications among seniors. This is more common among seniors and especially common for those who have suffered a stroke, Parkinson's or dementia. According to Harvard some of the more common symptoms to look for are:

As we age, our skin has less ability to heal and repel disease. Some of the more common and dangerous skin disease that affect seniors include:

Symptoms vary depending on the skin infection, so we'll take a look at each separately:

Is a Walk-In Tub Right For You?

Essential Tips To Age In Your Own Home Worry Free

Save 33% on Identity Guard

Senior Safety Reviews will not publish material that is influenced by an advertiser. Nor do we receive payment from advertisers to appear in our rankings, comparisons, or lists. To help support our site, we may receive a fee for some links you see on pages like the one you’re on now. 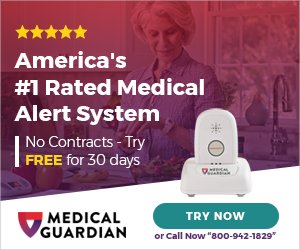