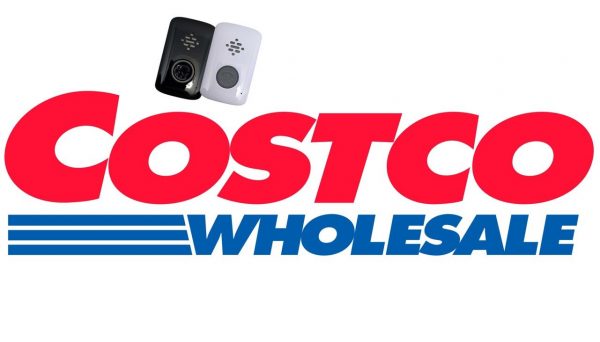 While Costco is known for selling everything from groceries, to clothing and electronics, it also sells medical alert systems. It only carries the mobile systems from Medical Guardian, and you can only get them online, they are not available in Costco's retail locations. You'll need to be a member to purchase a medical alert system from Costco.

The Active Guardian is Medical Guardian's answer for the more active older adult, who wants protection both in and out of their home. It's perfect for those who find themselves alone quite often and want protection while in the shower, but also while going for a hike or a run, taking the dog for a walk, gardening, biking or taking the trash out to the curb.

The things we like most about the Active Guardian is that it can be worn in the shower, has a long battery life of 7 days, and can come with fall detection. It's also a 4 in 1 device, so the speaker, help button, GPS and fall detector are all located in one relatively small device worn on your wrist or neck.

Another nice feature of the Active Guardian is that when the emergency button is activated, your exact location can be determined by the advanced GPS location technology embedded in the device. Moreover, in the event a family caregiver is trying to search for a parent wearing the device, they can be tracked down with the GPS locator.

The Active Guardian comes with a 2 way speaker, so when you press the emergency help button, you'll be speaking and listening to someone through the device itself.

The MINI Guardian is Medical Guardian's smallest mobile device. Although it carries a $124.99 up front cost and a $39.95 per month service fee, it's easy to wear, light, small, has a battery life up to 5 days and runs on the Verizon 4G network. It uses both GPS and WiFi for location tracking and has fall detection built into the device. It's a great all in one solution.

This Medical Guardian's most basic model. Not a recommendation of ours in most cases. You have to wear a separate pendant from the mobile device which you would carry on a belt clip or around your neck and it only has a battery life of 24 hours. The mobile device itself is pretty large and bulky and you'd have to get another separate device if you wanted fall detection.

Which is Better? Buying Direct or Buying From Costco?

There's a very big difference when buying from Costco directly, versus buying directly through Medical Guardian.

If you're looking for flexibility, we'd recommend going direct to avoid having to pay for the system up front. We highly recommend trying the system out before you buy.

Moreover, if you're looking for the smallest mobile alert device available, we'd recommend you go with the Mini Guardian, which is not currently available through Costco.

We did find some conflicting claims about the medical alert device on the Costco page. On one part of the product description it claims it has a "battery life up to 5 days." On another part of the site, it says "with up to 30 days of operation on one charge," We're not sure how those two claims synch with one another.

With over 450 customer reviews on Costco.com, the overwhelming majority were positive, giving it a 4 out of 5 star rating. That said let's take a look at some positive and negative reviews:

"Was so excited when I reviewed this in Costco Magazine. One didn't work, had to return it, ordered replacement. Lots of the same complaints other folks have listed here, such as fall detection, poor AT&T coverage and so forth. I am returning ours and have cancelled the service. Upsetting since I was the one who "discovered" this, sold the idea to the family, only to have to return it for lack of coverage. We live in Metropolitan DC area, of course we have ATT. Medical Guardian rep even checked coverage before I signed us up. Don't waste your time, as I have spent the last 5 months and several hours trying to address our issues."

"If you don’t have a good AT&T signal in your area I would not recommend this devise
I purchased for my father in law after he had recovered from a fall that broke his shoulder. He wore it all the time, he had spent 14 hours on the floor before his son found him. I researched many devises and because Costco was selling it and I said it would work with other cell signals
It connected like it was suppose to but after a month started have false signal, Costco placed the devise with a second and it continued to send false signals to Guardian. They told him it was because he didn’t have AT&T service in his area"

"Bought this for my mom about a month ago and have been very happy with it. I did my research on Consumer Reports and this model got a good review so I decided to give it a try. Boy am I glad I did. The direct communication feature is great and my mom has had several false alarms so we know its working! My only complaint is that one of the features that swayed me to this product was that Costco was selling it and the package through Costco gave us 3 months free service. Except that the company billed us for 3 months of service regardless. I'm still trying to get this resolved but the product itself if wonderful."

Eat Your Veggies? Watch out for these 'Dirty Dozen'

Does Walmart Sell Medical Alert Systems? Should I Buy From Them? 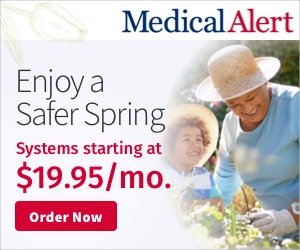